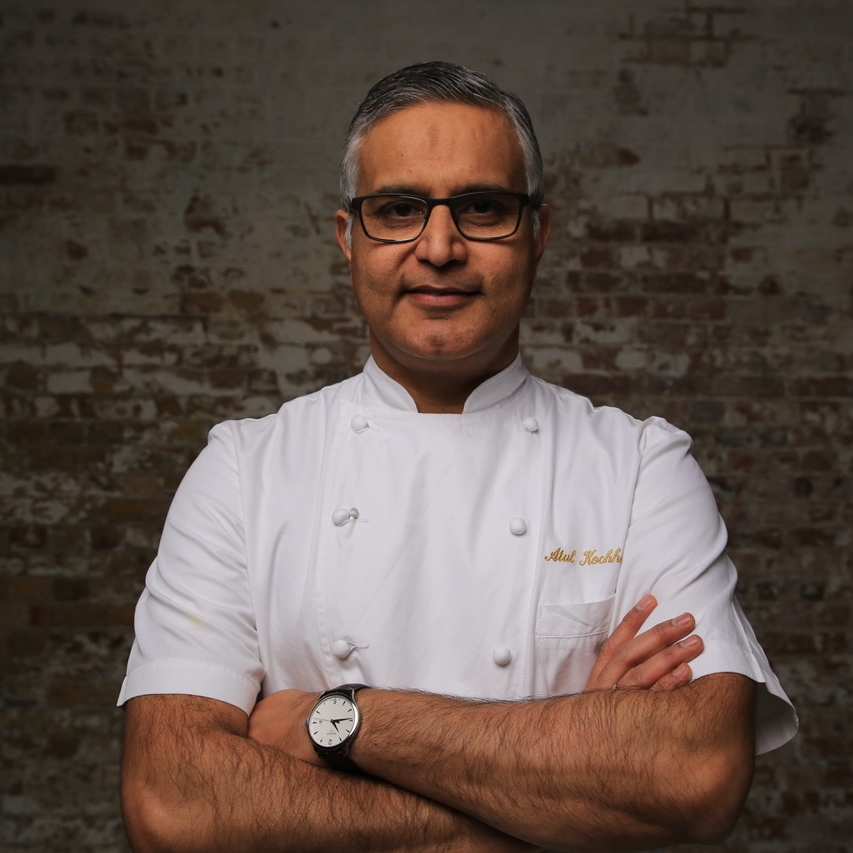 Atul Kochhar’s unique talent as a twice Michelin starred chef has changed the way people perceive and experience Indian cuisine. Taking inspiration from his native India, while continuously researching regional dishes, Atul has managed to combine his heritage with his love of British ingredients to create a unique and innovative modern Indian cuisine.

Since 1994 he has been at the forefront of Indian cuisine, achieving his first Michelin Star in 2001 and a second in 2007. Since then he has opened numerous successful, award-winning restaurants across the world from UK to Spain and India. Atul’s portfolio currently includes: Sindhu and Vaasu in Marlow; Hawkyns in Amersham; Kanishka in Mayfair; Indian Essence in Petts Wood and Saga, India. Most recently Atul has also opened Masachi in Wembley Park; Riwaz in Beaconsfield and Mathura in Westminster.